Home/WELLBEING/CAN FREQUENT ORGASMS MAKE YOU HEALTHIER AND SMARTER?
Previous Next 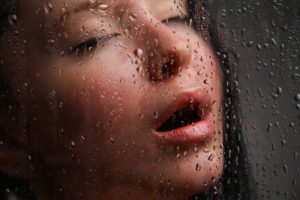 One of the most common questions I get asked is whether too much sex or masturbation is bad for you. There is simply no evidence that having a high frequency of sexual activity will hurt you, unless you are doing it so much that it is causing you to miss work and/or it prevents you from having a social life (both of which are extremely rare problems to have). The reality is that having sex on a regular basis may actually be good for you. In fact, several studies have suggested that reaching orgasm more often might make you both smarter and healthier.
Let’s first consider the potential benefits for your brain. In one recent study, male rats were either deprived of sex (meaning they were only able to have sex once during a two-week period) or they received daily sex for two weeks [1]. At the end of the study, researchers found that the rats that had been more sexually active not only experienced more neuron growth, but they also had lower levels of stress hormones in their system. These provocative results suggest that frequent sex simultaneously enhances cognitive function and reduces stress. Human research has provided further support for these ideas. For example, among people who have recently fallen in love, blood tests show that they exhibit elevated levels of nerve growth factor (a protein that helps your nerve cells survive and grow) [2]. In addition, research has found that when couples in a good quality relationship have sex on one day, they report feeling less stressed the next day.
What about physical benefits?
In a fascinating experiment, researchers tested the blood of men who had recently masturbated to orgasm and compared it to guys who had not orgasmed recently. Results indicated that the men who climaxed demonstrated better immune system functioning, as evidenced by an overall increase in leukocytes and natural killer cells, compared to the no-orgasm control group. If these apparent immune-boosting effects of orgasm are achieved frequently, is it possible that it could potentially translate to a longer life expectancy? Perhaps. In a study from the U.K., men aged 40-59 reported on their frequency of orgasms. Researchers then tracked the death rate of these men for the next 10 years. What they found was that those men who reported the greatest number of orgasms had a 50% lower risk of death than the men who climaxed least often. Although this pattern of results held for all causes of deaths, the strongest link between orgasm frequency and lower death risk occurred when considering deaths caused by coronary heart disease, suggesting that orgasm may be good for your heart.
While these results do not definitively make the case that sex makes you smarter and helps you live longer, they do suggest that getting it on a little more often is probably more likely to help you than it is to hurt you.
Enhance your sex life with our online course our online course ”HOTTER SEX LIFE 101 FOR THE MODERN WOMAN”