KIDS NEED THEIR DADS
“I’m not in love and I don’t want to fall back in love.”
It’s late November, the sultry night air is thick to breathe. The soft silk of the lilac curtains flickering in the delicate breeze like the light of a dwindling candle. Shadows falling long across the room in the dim light of the lamp in the far corner. TV screen glowing bright, the picture is motionless. Paused still, lighting the brightly coloured brush strokes of children’s paintings consuming the walls around a deep, red leather couch. The low rumbling of a fan moaning softly in the background, it’s cool breeze the only thing piercing the density of the atmosphere, which mirrors the strained and apprehensive undertone of the night.
A woman clings to a man’s arm stroking it nurturing it like a wounded animal. Salty tears tickling her cheeks as they roll down landing upon her chest, swelled with guilt and sadness for a love that has sunk in the sea of responsibility of life and vanished beneath the surface.
A man stiff and upright on the couch, mind racing connecting invisible dots to make sense of a seemingly futile set of circumstances. Hands sweating, body becoming more uneasy and uncomfortable.
A mutual sentiment of sorrow and regret coats their dimly lit forms.
Her, mourning for a loss of passion and connection, fused with a deep desire to be more than what this relationship permits has motivated her to embrace the agonising demise of a love that spanned more than 10 years.
His stiffness a reflection of his shock and disillusionment. Guilt, shame and dejection composing deep inside of his unyielding body.
The first time I ever saw my ex husband I was 15 years old. It was my year 10 school formal, I saw him from across the room and knew he was the one. I never saw him again and always wondered who he was.
Fast forward to my 18th birthday, still in my school uniform my oldest friend called from the top balcony of the local pub inviting me up for a drink. Leaving my underage school friends on the street below, the pungent smell of alcohol soaked carpet chokes my lungs as I climbed the stairs to the balcony above.
Sitting there, coming to a swift stand as I approached, holding his hand out to introduce himself there he was. In shock all I could hear myself say was, “It’s him!”.
The flaming Sambucca shot to follow sparked the start of a deeply lustful, passionate and volatile relationship; not only with him, but everything that came with him.
In the shadows of what looked like a strong and intimately connected relationship to everyone else looking in, I became a conceited, self centred and selfish person whose drug and alcohol addictions blazed like solar flares, violently annihilating any remnants of love between us.
I took every opportunity to blame him for what had happened to me because he refused to leave the drug scene behind. 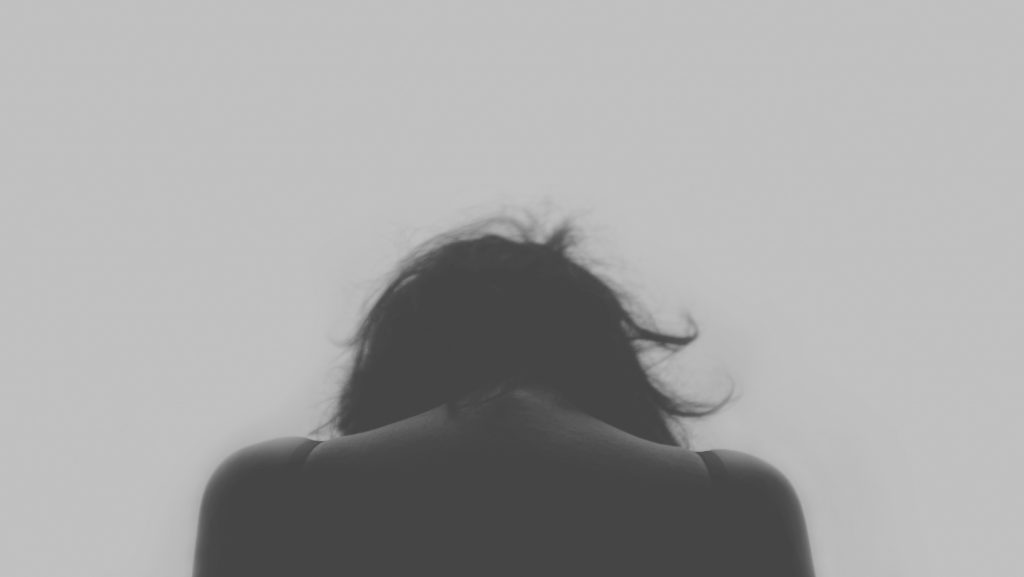 I tried to leave many times pointing my finger at him. Insisting that he needed to change and that he was the problem, he had to do go.
It never worked and we ended up back in each other’s arms time and time again despite that voice inside my head screaming “No!”, every time.
We bought two boys into this world to witness it all, imprinting them with our toxic behaviour.
Now after a year of sobriety and pregnant with our third, a daughter, something inside me shifted.
I had a moral obligation to show my children that it’s ok to leave someone that you have deep feelings for if they don’t actively take responsibility for their lives, and that it’s not ok to be in a relationship with someone that engages in toxic behaviour.
The message was especially for my daughter so as to break the cycle and ensure she didn’t end up in a toxic relationship like me and my mother before me.
This time it wasn’t about him and what he did with his life and his body, and trying to get him to change. It was about self respect, and teaching our children how to respect themselves.
They were the hardest words I have ever had to say.
But they set us all free.
From here I had a choice.
We live in a world where divorce is at an all time high, and it’s common for fathers to be pushed out of their children’s lives fuelled by resentment, bitterness and hostility from the mothers who can very easily get full custody.
There are an abundance of cases where mothers have refused visitation, forged signatures of their husband to take the children out of the country, moved interstate, made false accusations against their husbands, made them jump through hoops endlessly just to be able to see and spend time with the people they love most in their lives, and then use the kids against them or manipulate the children to hurt them more.
The old me would have done that.
In amongst all the pain, inflicting it on someone else can create a short respite. The shift of the burden of blame creates an easing on one’s shoulders. Pointing fingers can make one feel better about one’s own flaws and weaknesses. Denial is the perfect mask for one’s own responsibility for the demise of a relationship.
Many people had told me to kick him out, move away, take the kids with you, don’t let him influence the children anymore.
Essentially I was being told to use the kids against him, whether they realised it or not.
He had just lost the love of his life and I couldn’t bare the thought of the pain he would feel from losing his kids too.
My choice to leave him was not reflective of my children’s desires. The kids love their dad and there is no reason for them not too.
When humans are born all they want and need is to feel loved and to belong, essentially to feel connected to their caregiver/s. They do not care about what he had done or who he was perceived as by me. He is their dad, and the more involved he is in their lives the better for them and their development as human beings.
Children whose fathers lack involvement either by choice of their own or no choice of their own experience lower levels of cognitive competence, IQ averages are lower, receive lower average grades in school, and are more likely to have poor school attendance, be suspended or expelled, or have behavioural problems at school.
The more involved a father is the and the secure attachment to them means that children are better able to handle strange situations, be more resilient, experience an increase in curiosity and eagerness to exploring new environments and situations and greater tolerance for stress and frustration.
That’s just the tip of the iceberg!
Most importantly is the correlation between father involvement and the feelings of life satisfaction in children and the developmental of high self esteem; which has been reported in a number of studies. 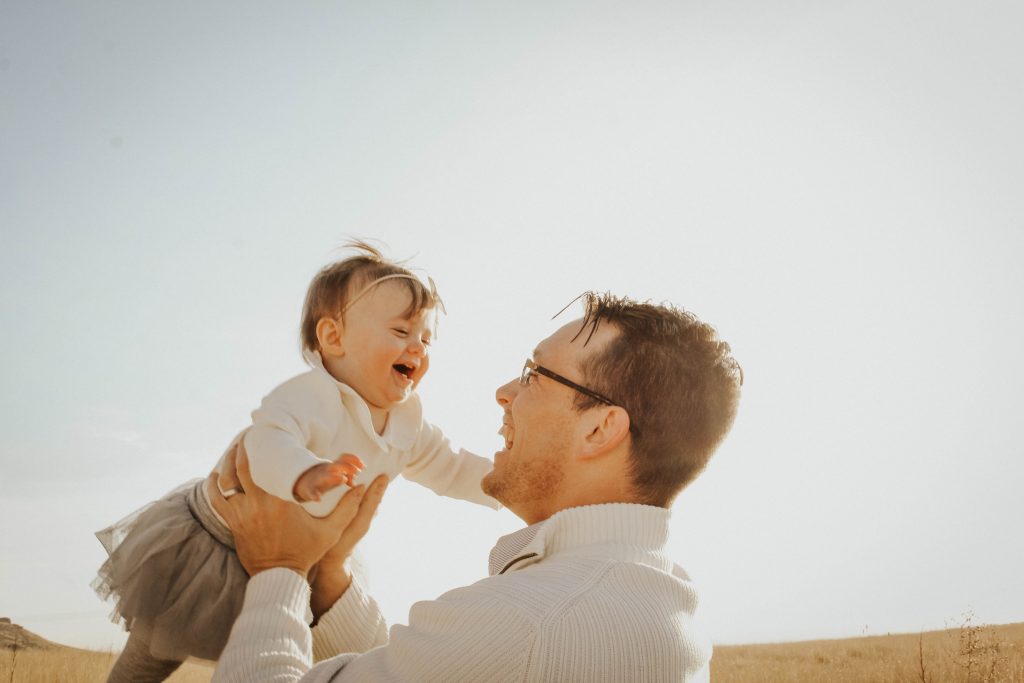 “Overall, father love appears to be as heavily implicated as mother love in offspring’s’ psychological well-being and health, as well as in an array of psychological and behavioural problems.” (Rohner & Veneziano, 2001)
The biggest barrier to all the positives of father involvement is the mother.
The quality of co-parenting relationships directly impacts on a fathers parenting quality and indirectly impacts on a child’s development.
As mothers we can play the role of gatekeeper to our children, especially after parting ways in a relationship. Whether it be because we doubt their competence, fear the loss of control or love from our children, our unwillingness to negotiate our standard for household work and the caring of the children; it’s all of these things that (even within a happy, connected and fulfilling relationship) directly influence the fathers ability to become competent and be more involved with their children.
When I made the decision to leave I also made the decision to let everything I felt about him and our history go too.
I chose to look at him solely as a father of three beautiful children, whom I wanted the best for.
I focused on the best thing for those children, which was to be as supportive as possible of him and his role as a father.
I chose to put aside all the pain, anger, resentment, blame and frustration; why hold on if the relationship did not exist anymore.
I let it all go.
I chose to focus on encouraging, supporting and championing the relationships between the children and him.
I stepped back as gatekeeper and let them enjoy each other.
I chose to recognise that we will always be family because of the children and begin building a relationship with him based around raising our children with high self esteem.
I focused on love.
Mother to mother, my message to you, whether you ended the relationship, he did or if you both found yourself on different paths…
We chose to have children, and we have a moral obligation to raise them to be the best versions of themselves.
Whatever bitterness, resentment or distaste  you may have for your ex partner, it does not belong to your children. Let it go for your own sake and realign yourself with an atmosphere of love, gratitude and peace within.
Your children will only go on to experience the same within their relationships if you don’t change.
Choose to nurture the relationship between them as though it were a newborn that you wish to flourish.
Your children will absorb your good natured character and go on to do good in the world as a result.
That character will stay with them regardless of what they encounter in life, as my mother’s good character always stayed with me, regardless of where I found myself.
I know how hard it can be, it’s not an easy road, but it’s the more fulfilling one. 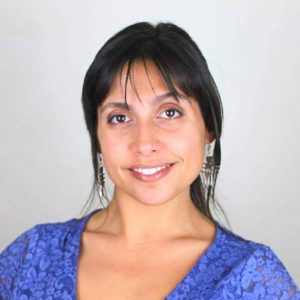 Giulia Coletti, first and foremost, is a proud mother of 2 dashing young gentlemen and a bun in the oven.
She has dedicated her life to ensuring the cycle is broken in her life so her children go on to live joyful and successful lives, averting the struggles she has experienced.
Not just a mum, she is launching a 24/7 channel to ensure everyone in the world has access to the lessons our parents couldn’t teach us and those that we should have been taught in school.
A firm believer in the knowledge gained from one overcoming adversity being more powerful than any qualification, she is also developing a platform that connects everyone with the help they need by introducing them to someone who has been through what they are going through and come out the other end to live successful fulfilling lives.
Follow Giulia at: www.facebook.com/Giulia.Sparkle