Why Is This Important?

Because the MRA movement does seem to coincide with the previous decade’s rise in easily accessible hardcore smut. 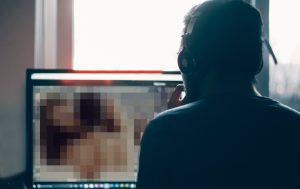