Home/FAMILY/“I want to divorce my pregnant wife.”
Previous Next 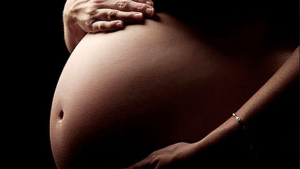 This was one of the most raw articles we have read in the last year so we felt it was important to share…
A 28-year-old man has been married to his 27-year-old wife for two years. She is currently 6-7 months pregnant. He wants to get a divorce.
“I can safely say that marrying her was the worst decision of my life. I do not like my life, I do not enjoy my life, I hate my life and I think I hate my wife,” he says.
leningradoblast took to Reddit to ask for help with his situation. He wants to divorce his heavily pregnant wife and doesn’t know how to approach it.
Before we start judging him for his actions, let me present his situation to you.
He says that before they were married he and his wife would argue sometimes, but it was infrequent and often resolved in a peaceful compromise. It was after their marriage that things started to turn. The fights got worse to the point where hubby would just let his wife yell at him until she calmed, without him saying a word.
But when they fell pregnant they were really happy. “We were overjoyed. We had always wanted children, and I thought this would be the greatest thing for our marriage, and it would finally turn things around,” he wrote.
Unfortunately it only made things worse. His wife has become intolerable.
“She shouts, she throws a fit over the smallest thing. If one thing is out of place, if I am slightly late on washing the dishes, or if a single dish is not properly cleaned, she will raise hell on me,” he wrote.
“When she gets like this, she cannot be reasoned with, she cannot be talked to. I can’t even try to calm her down, it just makes her worse. At times things have gotten physical,” he continued.
The father-to-be says that he believes what he is experiencing is physical, emotional and mental abuse. He feels drained of happiness. He says he now sees his wife as someone to avoid.
“I regret marrying her so much, she is not the woman I loved. If I had to be absolutely truthful, I would say no, I no longer feel any love towards this woman, my wife, who is carrying our baby,” he confessed.
One time his wife threw a fork at his face and hit him just below the eye. He says he is scared to be around her. He talks about her mental history and says that she has suffered from depression before.
“I know there can be depression during pregnancy and sometimes pregnant women can behave strangely. The thing is, I can’t even bring this up with her. If I dare to suggest seeing a psychiatrist or a therapist about her behaviour, she will go nuts at me for suggesting that she is crazy,” he writes.
He admits that he cannot ignore the fact that she has had a history of depression. He knows she took medication when she was a teenager. He knows she stopped taking them in her early twenties. He knows she claims they never helped her anyway.
“She doesn’t want any medical intervention or any therapy,” he says. “At this point I don’t even want therapy, not that she’s open to it. I feel it’s past that point. I can’t live like this any more. I want out.”
This man is scared and frustrated. He doesn’t know what to do because he doesn’t want his wife to hurt him, to hurt herself or to harm their unborn baby.
“Bottom line: my pregnant wife has made my life miserable beyond hell, she is very abusive towards me. I cannot stand this life any more, and I want a divorce, but I am scared and I don’t know how to approach it,” he writes.
Sixteen days later this husband updates his story and tells Reddit that he has filed for a divorce. He admits it wasn’t pretty. He says he’s spoken to the obstetrician about his wife’s state.
“In summary,” he writes, “I am in close contact with a lawyer and am on the path to divorce.”
What would you do in his situation?
Learn how to feel more appreciated, have more respect and a happier relationship on our online course ”Relationship Masterclass For The Modern Man”