Home/WELLBEING/Lets get it on with endorphins
Previous Next

SO WHAT IS ACTUALLY HAPPENING WHEN YOUR NEAR OR TOUCHING SOMEONE?

There are 3 stages in a relationship and these stages can keep going on a loop as long as you work at it! 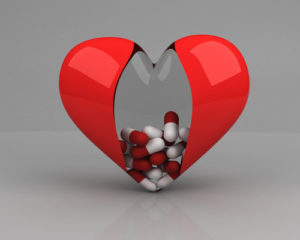 This is the first stage of love and is driven by the sex hormones testosterone and oestrogen – in both men and women.

Lust is driven by initial physical attraction and flirting.

Flirting can include gazing into the eyes, touching, and mirroring in body language.

This is the amazing time when you are truly love-struck and can think of little else. Scientists think that three main neurotransmitters are involved in this stage; adrenaline, dopamine and serotonin.

The initial stages of falling for someone activates your stress response, increasing your blood levels of adrenalin and cortisol.

It’s a great effect as when you unexpectedly bump into your new love,

Who remembers feeling this?? Awesome feeling. Like butterflies Dopamine is your fireworks!  You feel overwhelmed with feelings of bliss, attraction, and excitement

This chemical stimulates ‘desire and reward’ by triggering an intense rush of pleasure. It has the same effect on the brain as taking cocaine!

Serotonin acts like an anti-depressant making you feel serenity and ecstasy. One of love’s most important chemicals that may explain why when you’re falling in love, your new lover keeps popping into your thoughts.

“Attachment is the bond that keeps couples together long enough for them to have and raise children.” Thank god cause we would have no population!

Scientists think there might be two major hormones involved in this feeling of attachment; oxytocin and vasopressin. Its also powerful hormone released by men and women during orgasm. Deepens the feelings of attachment and makes couples feel much closer to one another after they have had sex.

Theory – more sex a couple has, the deeper their bond becomes. Oxytocin and love are linked Consider this, if you will; Six months of couples’ therapy: average cost $2,000

Total spent on divorce annually in the U.S.: $28 billion

FUN FACT: Did you know that Oxytocin is also is released during childbirth? Cements the strong bond between mum and baby and is also responsible for a mum’s breast automatically releasing milk at the mere sight or sound of her young baby.

Oxytocin –The cuddle hormone/ cuddle drug and is released with touch. Studies show that people that touch more deal with stress better and have lower blood pressure. When you see those people on the streets with a FREE HUGS sign, go get one! And what’s more, it only takes a mere 20 seconds of this intimate contact for oxytocin to start working its stress-relieving magic.

Vasopressin  important hormone in the long-term commitment stage and is released after sex. Better known as the protection drug. Supports feelings of possession (you are that possession now)

When male suppresses the effect of vasopressin, the bond with their partner deteriorates immediately as they lose their devotion and fail to protect their partner from new suitors.

**So are you denying your partner sex???

Endorphins increases the feeling of human bonding. SEX is good for your Health

They have biochemical compounds that enhance our:

So go get it on NOW!