One word that changed my entire life. I know that most people hear the word polygamy and their mind goes straight to multiple women sharing a man. It can be that way. Really it is more about women finding strength in each other. My experience with polygamy started because I met a man that was amazing. He was in a polygamous relationship already. We had a deep connection and so it began. He had a vision to uplift women. He was choosing to do that through polygamy. He accomplished his goal. It wasn’t the way that he thought it was going to happen. He assumed that he would become the center of our worlds. We ended up leaving him out.
Khalidah, Chasity, Tekia, and Diane entered my life because of this one individual. While none of us kept him as a partner, we found something in each other that was deeper than just the romantic relationships that we each individually had with him.
Khalidah was the first woman that I met. She was kind of like that annoying little sister that you couldn’t help loving. Her perky upbeat personality at times would irritate my very last nerve. Yet, I begin to see a beauty and a strength in her that makes her this amazing powerhouse of a woman.
Chasity is a quiet, sweet, drop dead gorgeous woman. Her spirit is extremely peaceful and unassuming with a fire inside of her that keeps her focused and set on her goals. She has a heart for loving people. She has a soul that is truly dynamic. Tekia was the one I disliked the most. I was so miserable when I met her, that I rejected her almost instantly. When I finally removed myself from the relationship, I called her and apologized because whether I wanted to admit it at the time or not, I was jealous of her. She is smart. She is a business woman. She is dedicated to her health and fitness in a way that I admire. Diane and I share something that none of the other women and I share. We have daughters with him. When I gave birth to my baby girl, she sent me a message saying that she never imagined that she would have a blended family. That she knows that I had heard she was crazy, and she was, but that she would give it a try. She has never stopped trying.
Each of us had our individual initial reasons for wanting to be in a relationship with this man. I don’t believe any of us expected leave him and to have close relationships with each other. Polygamy gave me a daughter. Polygamy gave me sister friends that I will have for a life time. 4 women that I share an intimate bond. Polygamy gave me a chance to find love beyond romance. That love developed into a love for myself and a love for women in a way that I never imagined. 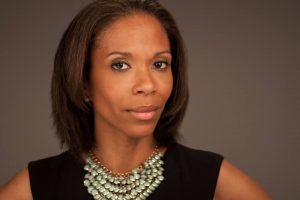 Deva Logan is a multi-dimensional being. A woman, mother, daughter, sister, friend. She is passionate about many areas & lived many life experiences. She is an accompplished speaker. Here story telling along with her motivational energy gives her certain edge when enteracting with any group.
www.devalogan.com