THE TRI-FECTA EFFECT: Thriving in Life being an Aboriginal, Gay & HIV positive

THE TRI-FECTA EFFECT: Thriving in Life being an Aboriginal, Gay & HIV positive 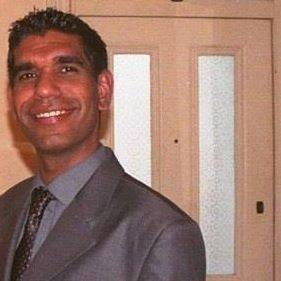 My name is Hartley Williams, I was diagnosed with HIV during the year of 2000. I am pleased to share my story with the readers of Intimacy TV magazines for the purposes of raising the levels of awareness for our communities. As the eldest son of a very famous footballer, I knew from the beginning that I would have to remain strong with all that I do in my personal and professional lives.
What is so amazing is the journey; is firstly of being advised of the condition to that of being an advocate for HIV/AIDS awareness at a local, national and international level is the amount of support which was given by many of my friends who were part of our network and that of my partner of 22 years. Initially, there was the stages of being able to distinguish as to who can be trusted with this type of confidential information plus that of being comfortable in ones’ self and continuing to live a life consisting of good health and well being.
At the time I was working at a telecommunications company as part of a customer service representatives role. I knew from that moment on that I had to remain strong with my actions to ensure that everything that had to fulfilled professionally, was being addressed appropriately. Thankfully, my partner of the time was extremely supportive and was willing to be a mate as well as a confidant. In addition to being a customer service representative for a telecommunications company I was also a performer for a dance company which would perform at corporate gigs and at major community events. I actually thought that by dancing and continuing to share my cultural knowledge with many of our audiences there would be a sense of achievement for many of of the artists I was able to work with. The levels of communication between each of us during each performance was amazing as every person, that I knew I could trust was willing to be a listening ear which certainly mean’t a lot to me.
During 2004, I was invited to live in Austria and Germany as part of cultural residency to promote our culture internationally. My treatments officer and physician, who has supported me during the initial stages was remarkable. Very welcoming to me as an individual and allowed for all of the topics of relevance to be discussed at the appropriate juncture. In order for me to be living overseas for three months, permission had to be granted. Living in Austria and Germany during the tourist season to perform for thousands of visitors to their country was indeed an honour and privilege. Our company was invited by one of the World’s most well known family’s.
Essentially, what the cultural residency consisted of was that of a number of cultural ambassadors being able to perform their dances and showcase their arts and culture as part of an International promotion for selected foreign country’s. Accepting that I was different to every company member who were part of the cultural residency was so important. 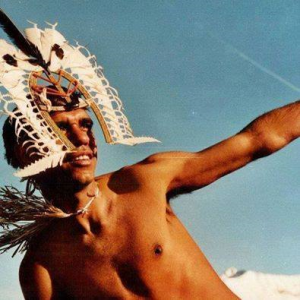 When I would meet friends or casual partners following each of the performances, if necessary I would disclose my condition to the relevant person; and surprisingly enough this did not deter any of them wanting to ‘catch up’ Confidence levels of being able to strive forward knowing that I was different to everyone else had increased; and each of the colleagues who I danced with during the three month period were able to encourage me to keep being myself and love life. My partner of 22 years and I were of the understanding that we could ‘catch up’ with whom ever we pleased during the three months.     The arrangement worked well and this was reflected in the discussions we would have on the telephone. Upon returning to Australia, there were no questions of doubt that posed any concerns whatsoever. During the time in Australia, I was able to continue working, this time I was employed by the Commonwealth Government to be part of the corporate services team as an administration officer managing various office locations. As a company member for an international dance company, I was so pleased to be able to perform on some of Australia’s most well known stages. 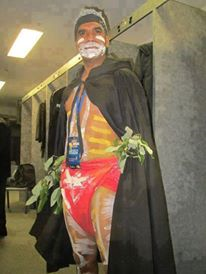 I would dance contemporary and traditional dancing for local and international audiences. Each performance would be unique and all of the dancers would be so pleased to work with me as a colleague of the industry. My partner, was always very supportive and made every effort to encourage me during the years of dancing for our communities.
I was also pleased to be a nominee for a Deadly Award at the Sydney Opera House by my peers in the arts and culture sector. In addition to this, there were a number of organisations which were being set up to represent Aboriginal and Torres Strait Islander dance practitioners within the sector. Those who orchestrated the processes of setting up these organisation’s were so forward in inviting me to be part of the initiative. Gladly, I accepted the invitation to be part of the process in either an advocacy, state representative or national director’s role. The organisation’s continue to be successful with achieving all of their goals and objectives as part of their on going operations.
To be part of the process in setting up the business and strategic plans was so exciting especially for the community to see how dance practitioners now had a voice in the community. Consequently, the dance advocacy agency plus that of the dance company were nominated for Australian Dance Awards and the Executives of the organisations were either nominated or awarded awards for their contributions to the arts and culture sector.
As part of the role working for the AIDS Council of New South Wales (ACON) for the Sex workers Outreach program plus that of the South Australian AIDS Council (ACSA), we would essentially strengthen many of our community organisations who would provide services and programs specific to our communities. Many of the programs and services would be targeted at many of our community who were living with HIV/AIDS. 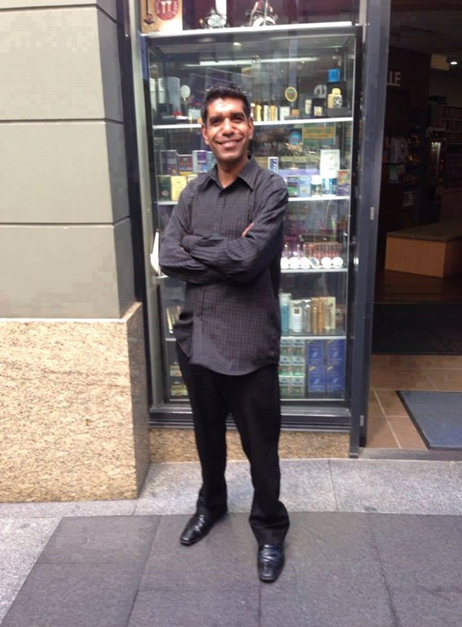 As part of the Aboriginal community in New South Wales our working group was set up to host events which would be raise funds and levels of awareness for our communities. These social nights were organised as part of Black Pearlz commitment to support all clients, friends or colleagues within the sector. Which was really pleasing to witness to is the number of local politicians who would attend the events plus television personalities who were highly respected within our community. Essentially, the Black Pearlz support group was designed to provide support to those affected by suicide or that of a death of loved ones, whether it be a partner, friend or family member. Participating in the retreats which were scheduled each year would be an integral part of being inclusive in the sector. At many of the retreats, each of us would be invited to share information which was relevant to each of us as individuals and; or our communities.
During the Gay Games which were hosted in Sydney at the King George Sports Centre, a team of women, men and transgender friends and I were all able to compete in the 4 day competition. The Gay Games were awesome to be part of as the opening ceremony was hosted at the Sydney Cricket Ground – SCG and our Aboriginal and Torres Strait Islander team and supporters were all required to walk onto the SCG as part of the celebration.
When we started our competition at the King George Sports Centre, our team had to work extremely hard for each of the games. Listening to our Coach and Team Manager, who is a former Australian netball champion, was amazing and as one of the team Captain’s for the Mens team plus Coordinator for the entire team we worked hard by keeping a united front on and off the netball court.
We won the International Gold Medal for the mixed netball competition at the King George Sports Centre and our women won Gold also for their outstanding performance on the court. 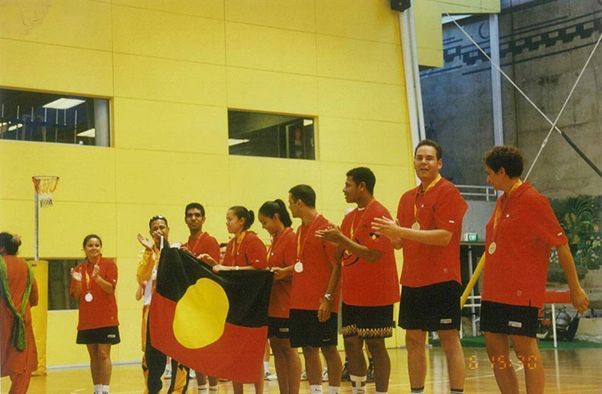 During all of this, the partner of the time – 22 years was very supportive.
As we have amicably decided to just be mates, I am pleased to say that our former life together was enjoyable; and we would both confidently say it is so important to have a network of friends and family who are supportive as much of what was achieved an what will be achieved in the future would only been possible by being a ‘real person’ who respects everybody.

Hartley Williams is a Noongar man who comes from the southern region of Western Australia. Hartley commenced his training with the National Aboriginal Islander Skills Development Association College (N.A.I.S.D.A), completing a Certificate in Dance in 1993. Hartley has studied at the Western Australian Academy of Performing Arts (W.A.A.P.A) and the London Contemporary Dance School.
Hartley Williams is an all round dancer who has sound knowledge in all styles of dance, Traditional Mainland, Contemporary and Torres Strait Islander. http://descendance.com.au/hartley-williams/