Home/WELLBEING/How To Survive After Losing Your Child
Previous Next 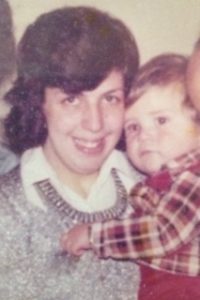 Life after losing my son.
How do you begin to tell the story about something like this. For me it’s been 16 years. Dealing with something like this is never easy, but It has become easier to reflect back on it  now…
How do you let go of your child?
You can’t… or can you?
Chrys was fun, cheeky, resourceful and determined with so many things. He was an early riser, which was so rare in our house. He hated being punished and sent to his room so he would nag and nag  and nag untill I gave in! He hated that his sister was always better than him. She knew how to ride a bike and could roller skate faster. She seemed to be more capable than him (she was only 18 months older). When I dream of the kids it gives me a warm fuzzy feeling in my heart space. A real homely warm fuzzy feeling. We always had fun, even though there were hardships and poverty up until my marriage break-up. 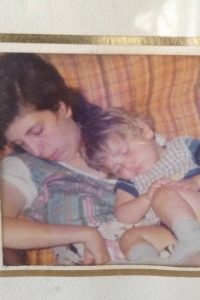 As an adult, and when I take off the rose-colored glasses, I see my son as stubborn, aggressive at times. Whenever he called me as an adult his calls were ‘desperate’ and they were scary. I knew how to rescue him but not how to fix things. Well I thought I fixed things most of the time. I could fix the financial problems but I could never fix his mental state. I tried to guide him to his truth that he needed help. He always said he wanted people to do an ‘intervention’ and that he would be willing. The reality was no matter how much I loved him I couldn’t make him get help at these centers to get off the drugs etc. It didn’t work unless HE took himself there. Life Line told me he had to make the decision or otherwise people don’t usually stick to it.
I couldn’t believe I couldn’t fix things and couldn’t  always rescue someone.
This sucks!!! Just thinking about it now makes my stomach tighten to the point of being doubled over. Bring on the guilt train!!!
He was sensible in so many ways. In his work he helped many of his colleagues solve their problems (this I later found out at his funeral). He himself was a rescuer. With his son he was gentle loving and caring. His relationship with his partner on the other hand was co-dependent, enabling an unhealthy level close to defcon 9! He was lost and confused.  When he was high as a kite he was loving and nurturing and switched on.  When he was sober he was quick to anger and that could switch to volatile in 10 seconds flat when ticked off. Still today I use the “Do Not Disturb” button on my phone at night as 16 years later the idea of getting a screaming phone call at 3am gives me heart palpitations.
With a completely broken heart and feeling like I can never get out of this dark cloud over me I had to keep on living & breathing. 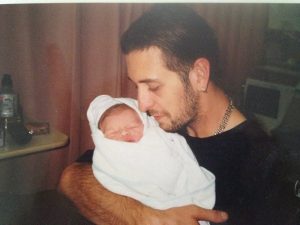 It’s funny because the next day after my son took his life, the world still kept turning & the sun started shining. How could that be possible? It is possible.  Somehow life goes on. It has taken me all these years to face so much of the pain and suffering and guilt. Yes guilt!! Right now you’re asking yourself, “why is she feeling guilty?”
Well the night my son took his life we’d spent the day together. We had such a great time reminiscing & laughing. We literally talked about EVERY person he ever knew. We went to his favourite pasta place. He asked me to listen to two songs he had recorded two days prior and was so excited with the new direction he was taking his music. I felt on top of the world! It was such a great day together. Ironically on this last day he asked me “I’m a good person aren’t I mum? I have a good heart”
And then came a call at 2:30am. “It’s me… Linda, Chrys has passed away.”
How can this be possible?
How can he be gone?
How can we have spent such a great day together?

We sped across town to his house after talking to the police officer and told him “don’t move him before I get there”. I saw Chrys lying on the grass with something covering his face. At that moment I wanted to die myself. I wanted to see his face but they wouldn’t let me see him because his eyes were bulging out of his face. So I knelt down bedside him, held his hand, cried and talked to him. I wanted to scream but it was the middle of the night and I would’ve woken up the neighbourhood. Ironically my son had decided to gaffer tape a hose into the exhaust pipe of his girlfriends car (ironic as he had never driven a day in his life and he was 26 ) and after quite a few drinks and a bong he died quickly and peacefully from the exhaust fumes. (as I write this I feel tight in the chest and grateful that the police allowed me the time to sit with my son). I really didn’t think he would do it. Life was starting to look better. He had given up booze for 6 weeks, he had just recorded new songs and was telling me he missed me and how much he loved me. He was really trying hard and things were looking up. 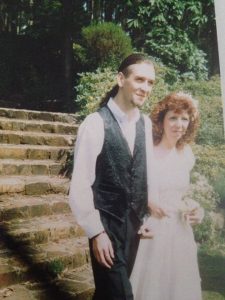 What I didn’t learn till much later was, you don’t kill yourself when you’re at the bottom of the pit. It happens on the way up and out of the pit. When things start looking great after it being shithouse for so long the FEAR of screwing it up is the tipping point. You can’t screw it up if you’re not there…right? I’ve lived through a husband trying to kill himself (his mum tried on a weekly basis) and later I discovered my daughter had also been suicidal (thank god now she has zero interest in it these days after all her personal development work. She says her brother dying gave her “oxygen”.)
Well the mourning feels like… forever. Mourning mourning mourning & more regrets & more guilt.
Six months ago I made a huge decision. I booked myself into a self-development course.
Something has to come good, something has to work, something needs to change. That something has to be me! So I got excited even though I had no idea what was going to come next.
Things I did in my grief: 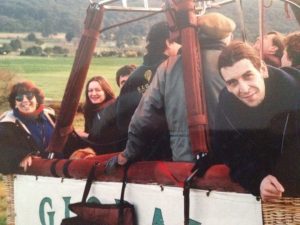 I tried to move forward thinking every time I didn’t need any help & I could do things by myself. Due to pushing it down so deep I didn’t move forward at all. Every year I would start to feel sick, I’d get migraines, anxiety and all this was unconsciously happening coming up to the anniversary date of his death. Working on that date…forget it!!! I would go to the cemetery by myself annually and just cry!
Then 16 years later I got off my ass and I jumped in feet first to the scariest yet life changing experience of my life…
The Bridge Experience.
Loud music came from the room we were about to enter.
I was feeling out of place. The Coaches got us to dance to the music & try to release the tension of waiting for the course to start. The room was full of younger people. I realised I was the eldest. I was not going to allow this feeling to stop me from getting the most out of this experience.

My first reaction was shock. As I always know how to sympathise with my friends etc. However this was life changing. As touch or being empathic gave the grief or fear etc permission to go deeper. This is not helpful. It is enabling and deep fear going so deep you might never find it. However it finds you through illness and depression etc.
One of the posters on the wall spoke about Effective & Ineffective. Well I had no idea about this stuff and what we were about to delve into. Suffice to say it has helped me beyond anything I imagined.
This processed helped me realise I had pushed so much down that I needed to bring each thing up and process it.
Well to say it’s life changing is an understatement. For the first time in 16 years I had to face off with my grief, with my guilt and with my fear. Wow, I never knew how deep and tough it was going to be to actually let it go. This has been the best decision I’ve ever made. 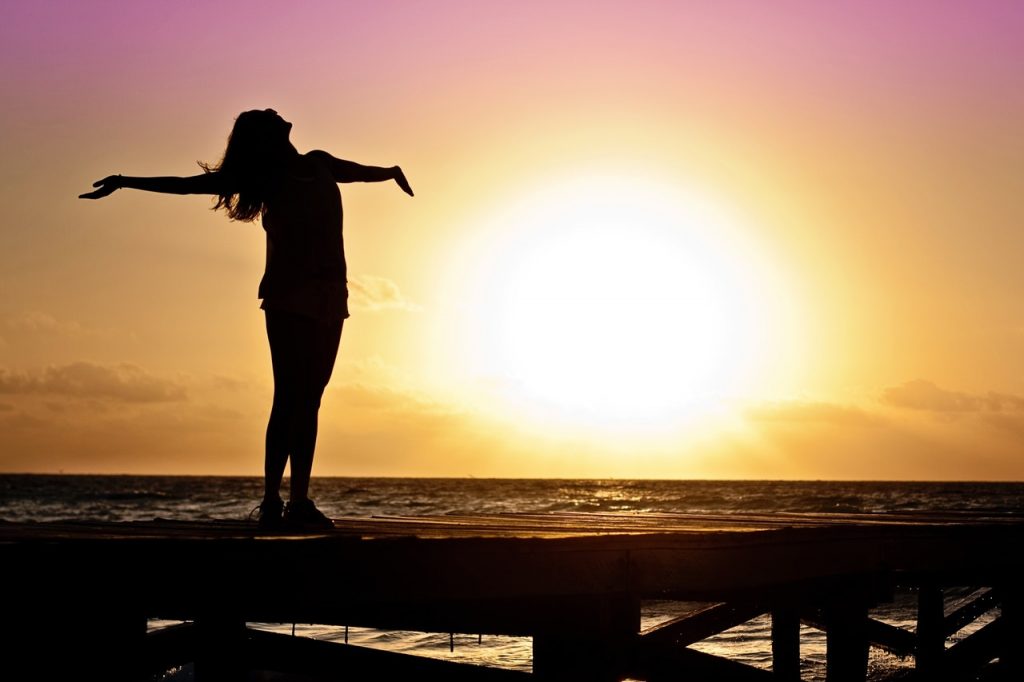 Most wonderful thing about this course is they allowed you to release your fears. What was interesting was how they pre-position each one of us to allow each person to release what their deep fears were.
To acknowledge it. To let them be in that space.
No touching. No sympathising. No agreeing. Just being.
So powerful. So cathartic. So releasing.
Six months on, I’m reflecting on how much I’ve changed due to this one experience. It’s not some kind of miracle.  I actually have to do the releasing of grief, fear, long held sorrows. This was the start of a huge change in my life. On my own I couldn’t have changed anything. I can’t bring him back and I have to live with that. 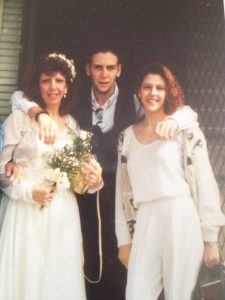 My major release and a major stepping stone in me growing, changing, feeling more confident in myself, loving my son and realising that we each have our own journey.  We each have to make our own decision in life. Whether we go on or we don’t.  So now that I have a clearer picture of who I am, what I want out of life and how I deal with it each time something grips me. How I release it (My fears, my sorrow, my depression). Of course I never would’ve done that before. Most of us run away from our fears, pushing then down deep within our subconscious. Now I take my time.  I look at it. Is this serving me, is it going to be for my highest good, is this effective or ineffective. This process helps me to be able to make a clear decision. Most of the time the things that grip me are ineffective. Then I can release it understanding why I’m releasing it.
I have grown so much in the last 6 to 7 months and I’ve been able to release the deep grief. Reminding myself there’s always help out there and not to try and do it on my own.
I miss him still.
It’s like he is frozen in time.
He is still 26 in my mind.
He always will be. 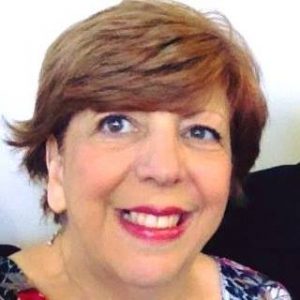 My name is Mariam Baker & I’m 62 years old. My family migrated to Australia from Egypt in 1966 when I was 10. I have had an amazing working career & retired as Bank Manager 2 yrs ago. Had both my children in my teens. You could say it was the perfect family, one girl & one boy. I am now deep in personal growth once I retired my grief & my inability to cope with it became highlighted. I’m sorting feeling
Immigrant, teenage mum, ex bank manager, carer, clean living consultant and now soon to be kids book author!
www.facebook.com/mariam.ralph.trekking