You’re probable thinking “Oh god, not ANOTHER article about depression.”
I totally agree with you. We’ve heard more about depression in the last 10 years then we ever have before. The internet is filled with personal stories from celebrities and everyday people about how they struggle with depression, how they may have overcome it and how it’s an ongoing struggle every day.
There have been so many campaigns from depression organisations that we are fully aware that depression exits, what the warning signs are and who we can call that we are sick of hearing about it. We may have even started to tune out now when the topic is brought up.
There’s good reason why there’s so much that being said about depression. The World Health Organisation (WHO) states that depression affects over 350 million people globally. It is the leading cause of disability worldwide and is a major contributor to the overall global burden of disease and at its worst, depression can lead to suicide.
But You’re aware of all the signs, you’ve given money to Beyond Blue you’ve even reposted that Facebook status that tells people you’re there for them anytime day or night if they need to talk. Surely that’s enough, right?
If it is, why is depression such a global dilemma? Why does 1 person suicide around the world? Why is 1 out of 7 Australians affected by depression? Why is the problem getting worse?
Truth is, we’re not doing nearly enough. The awareness is good, but it is time for action. I’m not talking about the Government taking action, or organisations like Beyond Blue or The Black Dog Foundation and not even the Doctors and Hospitals taking action, I’m talking about you. It’s time for you to take action.
Depression is a disease just like diabetes, hypertension or cancer. Just like these disease, it is preventable and can be treated with medication. However, we all know the best way to treat and prevent these diseases are making lifestyle changes. I believe it is also true for depression.
When we talk about lifestyle changes, we need to focus on 3 key areas of our lifestyle

Taking action and making changes in these key areas of your life not only help you if currently suffer from depression, but help reduce your risk if you currently don’t. 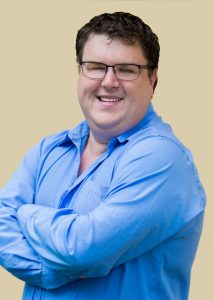 Rodney Owen is a Counsellor based on Sydney’s Northern Beaches and is the Director of Bloke Support. He is qualified and registered with the Australian Counsellors Association (ACA) and has been Counselling since 2009. Rodney began as a Crisis Telephone Supporter with Lifeline. Over 6 years spoke with hundreds of people with issues ranging from loneliness, mental illness, relationship breakdowns and suicide.
He also worked as a mental Health support worker and a Drug and Alcohol support worker. In 2011 He founded Bloke Support, an organisation that helps men, families and couples. He has also been featured in numerous publications such as The Sydney Morning Herald, The Age, The Canberra Times, on radio and on Channel 10’s The Project. You can find out more about Rodney and Bloke Support at www.blokesupport.com.au