Home/Magazine, RELATIONSHIP/Most People Are Suffering In Broken Relationships And They Don’t Even Realize It
Previous Next

My very first break up wasn’t expected… it felt like a rug was pulled underneath me and I got smacked to the ground out of nowhere. Thank fucking God I wasn’t married because I would’ve lost all my shit in the process while I literally and hypothetically got my ass kicked. Seriously I challenged a guy in a fight in front of a church and got my ass kicked in front of the house of God!

But enough of that.. The point is I felt like this smack in the face came out of NO WHERE! I thought it was all her fault and all women were liars and cheaters. What I wasn’t looking at was the giant red flags that were right in front of my fucking face the whole time. Trust me if you experienced a break up, the red flags were there… they may have been in a blind spot but they were there!

They’re more like ENTANGLEMENTS.  We have learned to settle and sacrifice who were are (the #1 tip from many marriage counselors is to COMPROMISE! HAH!)  We learn this as our #1 tool to go through a relationship when settle & sacrifice is actually the core of where drama comes from.  Compromise creates ongoing resentment… it put both people on the drama triangle and it’s what starts the cycle of fighting and arguing.

The thing is… when both people are tapped into this adrenaline…  instead of consciously communicating from a heart centered place of radical honesty…  they’re stacking the score card against each other. Not only are they keeping score of who fucked up the most, they’re also sweeping more & more secrets under the rug, and secrets make you sick. It’s only a matter of time when all of the shit boils over and the relationship falls off the hinges. Every secret and every lie created in a relationship is another point stacked against both people.

You’ve Been Conditioned To Lie

Your mind, body and soul is a guidance system that is connected to a source and a search engine more powerful than Google yet we’ve all been conditioned to look outward instead of inward. That’s what is creating Broken Entanglements instead of Relationships, it’s what most of us only know of!

The solution in a nutshell is to commit to a journey of reconnecting with the body.
Reconnecting to both the Masculine and Feminine energy whether you’re a male or female.

Embracing the beautiful emotions of life such as sadness, anger, joy, and sexuality.

Instead of running from these emotions when we choose to embrace these emotions and shine a light on it all, that’s when everything starts to shift.  Our emotions and our intuition is a guidance system that can tell us when a relationship is on or off course. This helps us see the red flags and make adjustments accordingly.

I see many people try to fix their relationships and marriage from the surface level instead of getting to the root.

There’s the belief that fighting and arguing makes a relationship better.

There’s the belief that if a couple gets married all of their problems will go away.

There’s the belief that if a couple decides to have a baby everything will change for the better.

These are all temporary band-aids to avoid the deep truth within both people in the relationship.

This is all because choosing to get married or having a baby feels like a happy moment.  It’s a beautiful distraction from the deep rooted pain that’s being avoided. The problem is it’s only a temporary high, it’s essentially like putting the relationship on the credit card. You can temporarily avoid pain by using the Relationship Credit Card…but it always comes back to bite you in the ass 10x as hard when you try to avoid it.

The ideal way to look at it is that the pain that we most try to avoid isn’t as scary as we perceive it to be… and in fact when you choose to lean into that pain, there may be a bit of turbulence but the relationship with our partner and ourselves evolve in such a beautiful way.

One of the key ingredients to a healthy relationship is Radical Honesty… a relationship that feels so safe that anything can be discussed. Create an environment where it’s safe to communicate anything and everything.

It’s not always comfortable and pretty.. But it’s far better to clear out the energy as soon as it comes up to the surface rather than packing it down.

When both people can get metaphorically naked (and physically naked helps too) there’s connection and intimacy on a level unknown to most of mankind.

Never sweep shit under the rug and the rug won’t be pulled from underneath you! 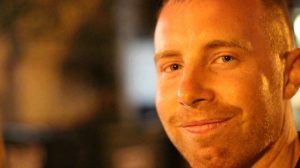 Brandon Marshall Havener is a self proclaimed Spiritual SmartAss. He helps high level entreprenuers attract the relationship they desire without settle or sacrifice. He is a best selling author with the book titled ” Man of Excellence” where he dove deep into the inner game of dating for male entreprenuers… leaving no stone un turned. Brandon now works with both men and women with the deeper inner work where many people may have blind spots to what is truly blocking them experiencing True Love. www.facebook.com/OBHav