12 hrs on the Dating App from hell!

Home/Dating/12 hrs on the Dating App from hell!
Previous Next

12 hrs on the Dating App from hell! 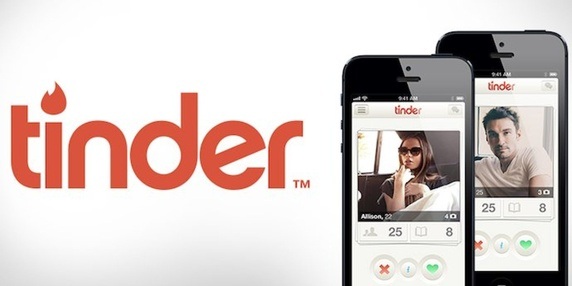 Over the last 12 months I have perused my fair share of dating sites and apps. Each and everyone of them has a slight difference, whether that be the 500 questions of eHarmony to determine your best suitor, to the apps that ask you nothing at all like Tinder. But my last 12hrs on dating app called SKOUT has taken the cake for complication, voyeurism and just plain ridiculousness!

I really felt like I was a pro at these sites. I now had the skills to know how to determine fake profiles, widdle out the creeps and determine who was really interested in just a hook-up or wanting a little more, till yesterday.

I mean lets be honest, dating sites really are nicknamed hook-up sites, but SKOUT takes online connections to a whole new level. I downloaded the app and finally worked out how to upload some images after scratching my head a little. This app is quite diverse in comparison to the simplicity of Tinder where all you do is swipe left or right.

This app allows you to peruse people’s profiles but has a ‘point system’ to access additional pictures that people have loaded above the initial five images. You can ‘buzz’, ‘favourite’, or send a ‘wink’. The Buzz is feed that looks like your Facebook homepage where people basically chat or upload images.

Gaining points allows you to view those that either ‘favourite’ or viewed your profile, access extra pictures in the background of people’s profiles, or send a wink bomb or ‘gift’ (which are a bunch of icons which seem stupid if you have emoji on your phone). Continual advertisements are played and by watching these you can gain these points.

It took me hours to get around the complicated app to work out just how to change the vicinity of my search for a suitor as I got messages from other countries which they call ‘Skout travel’.

I chose a few people to chat to and see what kind of guys were on here and holy cow did I get a run for my money. One dark skinned guy in particular who was extremely attractive started off the conversation and within a few questions we determined he was looking for a ‘f*ck buddy’ and that I was looking for someone who ‘didn’t want to marry me and have my babies’.

I queried why he only had 1 image on his profile and was promptly sent 3 really nice above board images then we exchanged a few more. He looked at mine and could see that a few were professional so he asked for a selfie to prove I was real. Ok then. Then it was the typical “do you live alone?” where I said “yes” but I don’t allow men over.
Next came the famous d*ck shot! He asked to hook up at mine. When I asked what was wrong with his place he said he had a flatmate and asked if I wanted a 3 some! My sarcasm escaped quoting “cant you do the job properly yourself”.

What happens next is a first for me.

A few hours later I had woken up as I was feeling ill and decided to peruse the long list of messages when he came online again trying to hook-up. Its 2am now and I explained I was not feeling well and in no mood for sex when the continued rejection from me prompted him to show me how he is sharing my images with his mates who are messaging me (including his flatmate) and that these boys like to share girls.

This silently disgusted me so I thought two can play this game and I told him my gay mate had a good ‘pull’ over their c*ck shots. That was it! These guys were convinced I was a Gay Guy hiding behind a Woman’s Profile! Wow!! So before I know it his flatmate has plastered on the ‘buzz feed’ that I am a Gay Fake Profile.

Now I know a lot of people bag the app Tinder but listen up ladies to why after one year of research on online sites hands down its my preferred dating app. It is private!

It the only site where you

Tinder is the only dating site I have come across that is Private Private Private.
There is no buzz feeds to have rumours or images spread or your reputation ruined to an entire site.