Home/Dating/SOULMATES vs. TWINFLAME
Previous Next 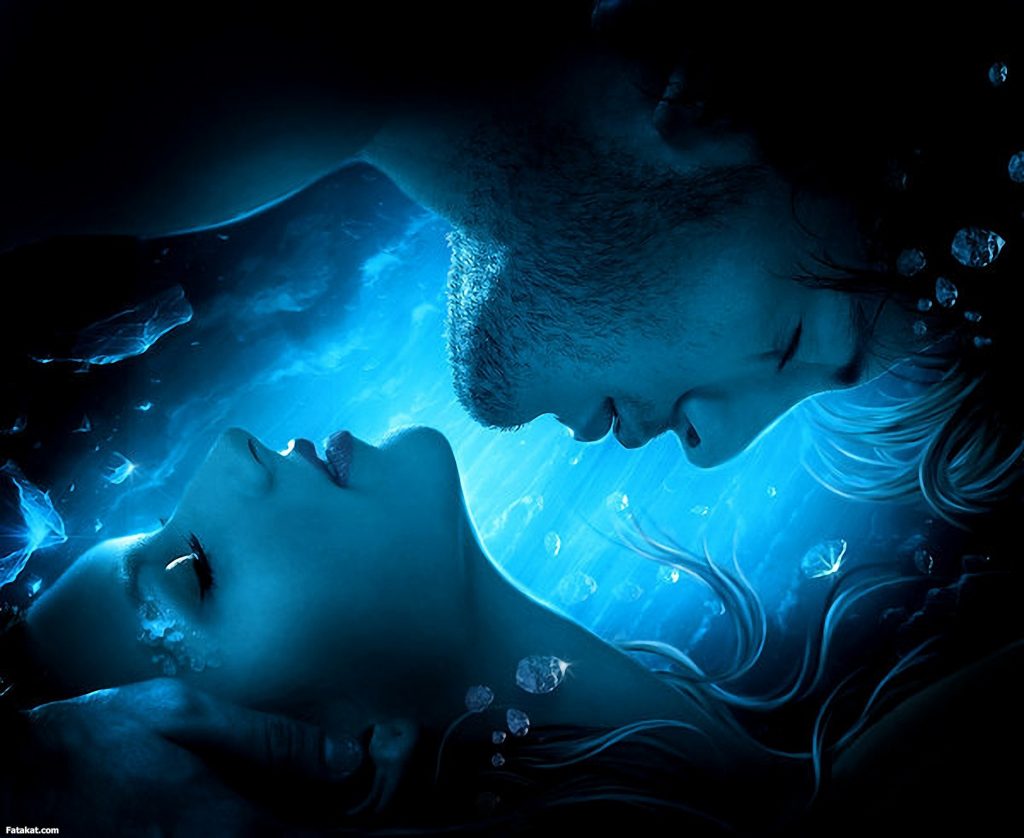 “So, is your soulmate supposed to complete you?”
I love this word. What the hell does it mean? Does it mean that someone, somewhere, is holding the key to your heart? Or is it just a “reality or a torture device,” as per Carrie on Sex and the City.
The dictionary describes soulmates (or soul mate) as a person with whom one has a feeling of deep or natural affinity. This may involve similarity, love, romance, friendship, intimacy, sexuality, sexual activity, spirituality, or compatibility and trust.
The concept of a soulmate dates back to Greek mythology. Aristophanes presented a story that humans had 4 arms, 4 legs and a single head with 2 faces. He stated there was 3 genders, man, woman and the androgynous each with 2 sets of genitalia. Now the short version is these humans had great strength and were a threat to the gods. So Zeus split the humans in half as punishment for humanity’s pride. These split humans were miserable, and due to now only having one set of genitalia, would forever long for his/her other half. It was said that when the two find each other there would be an unspoken understanding of one another.
Now in modern times the word “soulmate” is referred to as a romantic partner, and is related to the concept of love. It also implies that you have a destined lifelong bond with another individual, and that people will feel ‘complete’ once they have found their soulmate—two souls reuniting.
I think people have missed the point on this one but that depends on your beliefs.
I believe in reincarnation. It makes sense to me. We are here to share experiences and grow as a soul.
My theory is (and think I’m nuts if you want) that you have a small group of you that keep coming back each time together, to help each other to fulfil the next experience they want to have.
Let me try and explain it this way. Just imagine there are 5 of you souls. One wants to experience being a single mother of 3 kids, another wants to be a career woman, another wants to be a dad with no responsibilities, another wants to be a kid from a broken home, and the last wants to experience being rich and successful.
You all make a pact to help each other have this experience and so it starts. Now it’s possible that there is the rich dad, who has a daughter who has 3 kids out of wedlock, her sister decides to focus on her career and is married with no kids. Now one of those souls is the dad of one of the kids, and another is the kid.
Now this is a very tight knit scenario here, but have you ever met someone and both felt like you have known each other before?
So, to my point about soulmates . . .
I don’t believe that we are supposed to be going on a search to meet and marry our soul mate. I’m not saying you won’t, I’m saying it shouldn’t be a focus.
I know who my soulmate is. I can tell you, we have known each other since we were 7. He has been around my whole life and seen the good, bad, and ugly happen in my life.
We have never dated (unless you want to count when we were in grade 5), and apart from drunken kisses as teenagers that was the extent of our love affair in this life.
But let me tell you, a few years back, for the first time I stayed the night and he snuggled me because I was so cold I couldn’t sleep. It wasn’t till then, when the lights were turned off, that the penny dropped. To me, when the lights were on, he was just my oldest dearest male friend. Lights off, I knew at that moment that we had done this lifetime after lifetime. It was soo comfortable. It was like coming home.
I had always wondered why I kept him at an arm’s distance. Now I knew why. I had to go home and evaluate this, because my head was spinning. I mean, is it possible he knew this the whole time. He had never had a real relationship since I knew him.
Family and friends always thought we would get married and have kids. However, I seemed to be the only one who thought otherwise. I would look at him as an adult and he just didn’t float my boat. We live in two totally different worlds, and I don’t want his and he doesn’t want mine.
So after procrastinating for a few months, off I went to try and explain to him my belief in soulmates. I knew that in this lifetime we weren’t supposed to be together, and I needed to tell him and say it with such force that he heard me. So I said it plain and simple . . .
“We will never ever be together this lifetime”
That night was the best and most honest conversation we have had together since we were kids. Lets put it this way, he heard me.
I can tell you all, that he shortly afterwards met his new bride and is now living happily ever after! What an awesome outcome.
So, is your soulmate supposed to complete you?
I say no. It’s an unattainable notion. YOU need to complete you.

TWIN FLAME
The terminology ‘Twin Flame’ is more known about within the Spiritual esoteric or New Age community as the ultimate balancing of the two primal forces of creation: the divine feminine energy and the divine masculine energy.
Twin flame, also called twin souls, is literally the other half of our soul. We each have only one twin, and generally after being split the two went their separate ways, incarnating over and over to gather human experience before coming back together (sounding like soulmates). Ideally, this happens in both of their last lifetimes on the planet so they can ascend together. So you probably haven’t had many lifetimes with your twin.
Now I know for some this would seem like mumbo jumbo, but continue reading.
So if you believe in the term soulmate I think you need to understand the difference between what you perceived to be the meaning and experience you have with a soulmate, and one with a twin flame.
When a soul is created it is actually made up of 2 types of energy. For simplicity, it is both male and female energy. These energies are separated at creation to go through their own individual experiences incarnating to earth.

Remember how above I was trying to explain about my belief in reincarnation when I talked about soulmates? Well this is where it really starts to make a bit more sense. Soulmates are our soul family, the ones we do have many lifetimes and experiences with as either a family member, friend, lover or even an enemy or rival.

Firstly, with the connection on a spiritual level it is believed that the whole point of being here on earth is to work on your soul. Your twin flame has a major role in this because of the ascension process. When you ascend, you truly are reunited with your other half. The male and female energy become one again.
Once you have found your twin flame, the two of you will begin releasing any karma accumulated from any past incarnations. This can make being in a Twin Flame relationship very difficult because often the person will lash out at their other half and not truly understand why.
Now note that these twin souls may also reincarnate as the same sex.
As soulmates we live in 3D dimension of the physical and emotional bodies on earth. We, as beings, work on a lower frequency (left brain) ego intellect. It’s the real Live-Breath-Die concept. The twin flames mission is to not re-learn from these 3D relationships.
They have a much higher connection and many are not supposed to be in a typical male/female relationship. It is about ‘partnership,’ not relationships. It is a form of high-level love that comes totally from the spiritual and soul connection, and speaks from the heart. The brain has little to do with it (base level chakra). It’s the reverse of a normal relationship. These partnerships are hard to maintain however due to our earthly existence and what is around us.
An article I read on Transitions, written by Denis Le Fay, explains this dimension logically saying, “As a twin flame this entity lives on an entirely different vibrational dimension and level in the 5D dimension. It is beyond the polarized physicality and consciousness. 5D is a place where we begin to re-learn to re-connect with others, BUT, at the same time not energetically, psychically, or in any other way invade their sacred individual space/thoughts/feelings etc. 5D is where we begin to come together more and more because we’ve been through hell and transmuted the majority of our lower ego selves into something vastly greater, and we’ve learned to respect each individual’s privacy energetically and psychically”.
Twin Flame reunions are the most fulfilling relationships we can enter into as humans, on all levels. Conversations are generally deep, about personal growth and service to make the world a better place as twin flame couples are also believed to have a purpose on earth.
They are here to breakdown the genetic pattern in a bloodline. In short, they are here to cleanse the family line and its history. They reprogramme the negative patterns that are happening, to clear the bloodline for future lines; the family’s lines for example that suffer from abuse or depression. I have always referred it to “breaking the cycle of shit!”
It’s not uncommon that a twin flame is born into these intense family bloodlines, as they are supposed to be here to clean it up. It makes no sense to be born into a cool, calm, and collected family!
They work in roles that have a humanitarian purpose to them. Their journeys are for the greater good, to increase vibrations and awaken hearts.
Sometimes you will meet these people that affect you in such a profound way that you will wonder if they are your soulmate. This could happen with someone of the same sex. You could even meet multiple people that have the same affect on your heart, which will then comes across as quite confusing. What it actually is, is not a soulmate or twin flame, it’s just the opening of your heart.
In today’s current New Age culture, there are more high-level connecting people from the soul then ever. It is believed that this is the dawning of a new era in human spiritual evolution.
Relationships are believed to evolve to foster enhanced spiritual growth between lovers, in contradiction to previous times where people stayed together more for the purpose of physical survival and economic safety.
With more and more twins attempting to get together now to help the planet and humanity, there should be a big shift forward in consciousness.
However, these twin unions are more intense then anything ever experienced, so many reunion attempts are unsuccessful normally due to baggage from past lives not being cleared, and your soul not being evolved. With your twin there can be nothing to block your closeness as everything comes up for healing that hasn’t previously been healed. Both twins experience an acceleration of their spiritual growth and awakening which is like being fast tracked to esoteric wisdom and experiencing other states of consciousness. It is like a telepathic connection.
It’s hard to understand, as it’s really something that has to be experienced but when you come across your twin flame, stand up, open your heart and get ready for your real spiritual journey to begin!
For more reading on this topic please see the following links
Lindy Cowling
https://www.youtube.com/watch?v=zWDJK6y-54s
http://www.twinlightz.com/#!Twin-Flames/c1y9j/39801A79-6604-4678-9546-BDDCD5FB429C
http://deniselefay.wordpress.com/2009/05/25/3d-4d-5d-the-stairway-to-heaven/
http://www.soulevolution.org/twinflames/twinflames.htm