Over the last 44 years of my life there are been numerous times where I’ve been put in a position to really contemplate my values, my beliefs and my perspective on situations.

Whenever I’ve been put in a position where my close friends or a loved one has asked me to support them, will be there for them, will hold the space for them, I generally will do that without a second thought.

Here is the question that I ask you “how many times can somebody vent or complain about the same thing before it is making me become an enabler?”

Once upon a time I had a girlfriend who had her heart broken by the man she believed was ‘the one’. Now i’m sure we’ve all had one of those friends! She had a story that she would repeat over and over again about what happened. Always the same story nearly word for word. Sometimes it was just plain venting and sometimes she literally was asking an opinion or a solution of how to fix her situation of being dumped. Now since I had the same story being told to me every time I had the same answer every time I was asked.

Then one day we went on a Thelma and Louise trip to break in a new engine of her car and drove from Melbourne to Sydney and back. Every person we met on this two week trip was told the same story and every person responded pretty much the same way I did. So that made me think “why would somebody repeat the same story?” Then it dawned on me she wasn’t hearing the answer she wanted to hear!

Now I have been listening to this for months by this stage thinking that I was being that supportive friend, that shoulder to cry on, that person in her life she could rely on. Now I want to put into context exactly who this person was in my life when I say she was my best friend. She actually was the sole beneficiary to my Will! That’s right she was more important to me than my blood family and my partner at the time and I had put her in my will if I ever died! 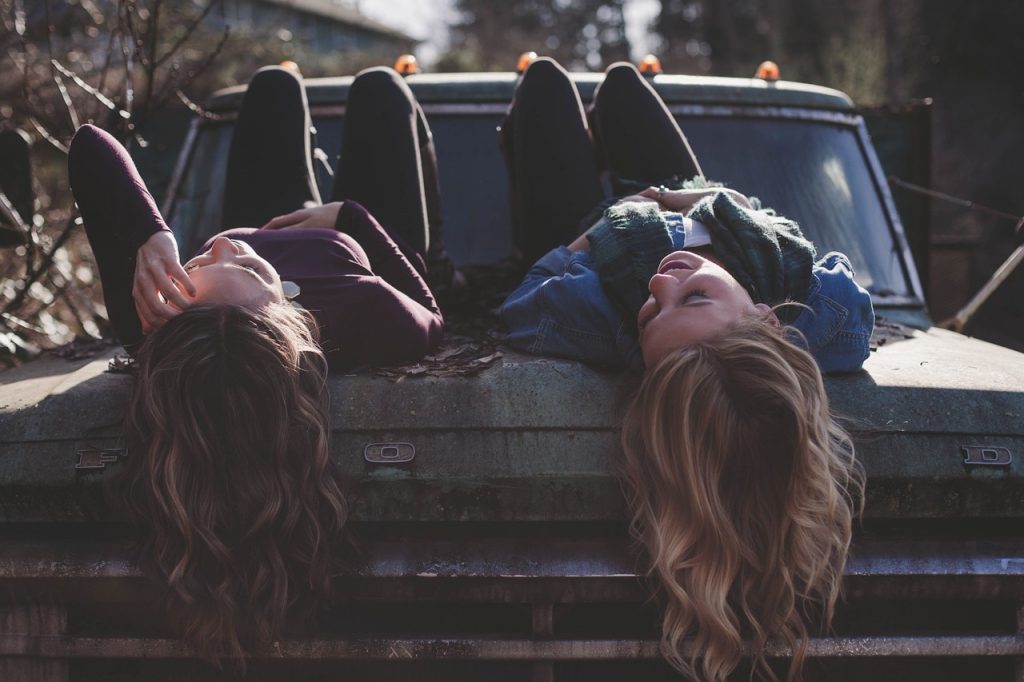 So one night we had driven to Bondi Beach and it was about 10 PM because she decided to show me this tourist attraction when there was no traffic (lucky me). She started again on her venting session about how she was dumped and how much your heart was broken blah blah blah. That’s exactly how it sounded to me after the hundredth time was blah blah blah! I snapped!! All of a sudden I started yelling at her to shut up and to stop with her ‘story’!

Here is the reality it had become her ‘story’ it had become her victim poor me, look at me story. At no time had she taken any responsibility for what had happened in this relationship. She was so blinded by her own feelings and ego that she was pointing the finger 100% at her previous partner. So when I snapped I pointed out her part in the tango dance that is a relationship. I also asked her how many people it would take to respond to her story with exactly the same response before she would stop and move the fuck on?

Here is the reality, it’s great to be that friend at confidant, that person that people feel they could can go to to vent or assist in solving a problem or maybe even bounce ideas off, however when does ‘holding the space’ for someone to do this vent become enabling?

I mean let’s look at those TV shows where people go on to sing in a competition on national TV. Their friends and family are telling them how fabulous they are, how great they sound how one day they will be famous and they go on that show as that supporting friend. Then that person opens their mouth and starts to sing and holy fucking shit balls the most atrocious sound comes out of their mouth that makes you wonder “just how tone deaf are you?” So are you being a real friend when you are being supportive when quite obviously after a period of time nothing has changed and that person really doesn’t sound like Justin Timberlake? Or are you just being an enabler by going along being that supportive family or friends when quite seriously this person should’ve been investing their time in something they have an actual talent in??

Well my vote goes for no longer being an enabler. We only ever think of enabling when it comes to someone with an addiction like drugs or alcohol. However being enabler comes in so many forms including relationships that have abuse in them. In that case you’re both enablers. If you weren’t you wouldn’t be together still because who wants to stay with an abusive person other than enabler?

So at the time that I snapped I realised that I wasn’t being your friend if I was sitting there hearing the same complaint, hearing the same pain for the 20th time or the 30th time or the hundredth time. What kind of friend would I be if I allowed you to sit in your pain in your story? So that is when I realised the more I did this the more I was an enabler to your victim story to your pain story to your poor me story. Don’t get me wrong I think it’s fine to have a vent, to have a bitch, to have a good old sulk! What you need to understand is the more you vent on the same topic the more fuel and energy you give that problem so it will never go away it will just get bigger!! 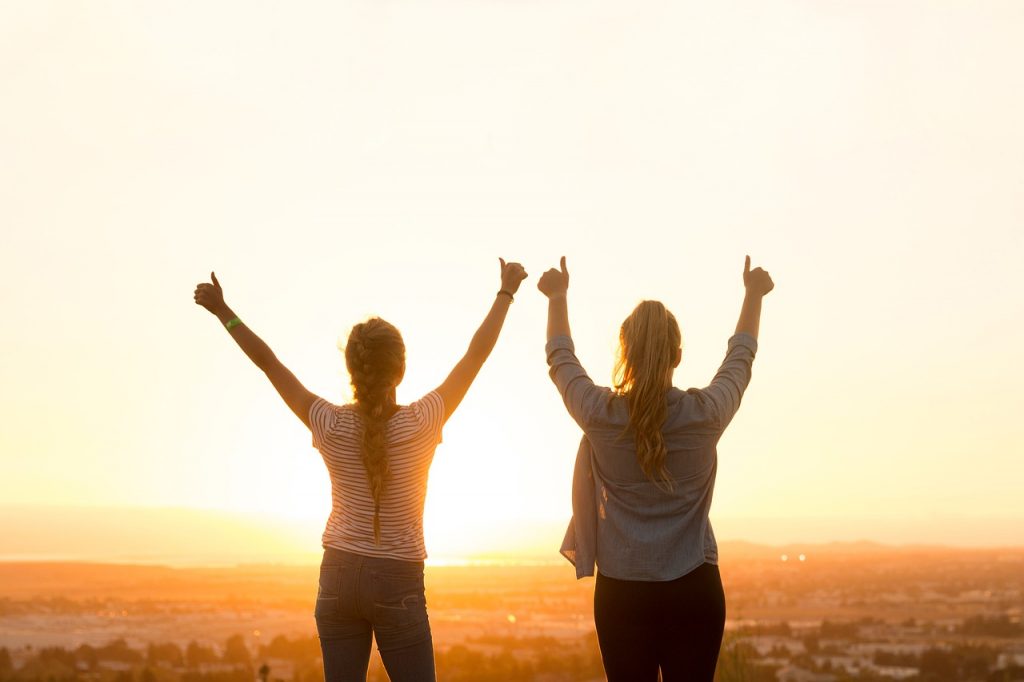 Once I realised this, once I understood just how bad venting the same topic was I made a decision to stop being that so-called supportive friend in the manner that my friend thought she desired and instead became what I believed was a supportive friend that said “that’s enough!”

I refuse to be an enabler to something I can see growing before my very eyes. If my refusal to be your enabler costs me your friendship then it wasn’t a very good one to start with was it?

Nearly 20 years later I still follow my philosophy and refuse to be your enabler. Am I still friends with the girl? Hells no!! About five years later I watched her personally self sabotage her life destroying about six components all at once from family to friends to her Career. We always said all we wanted was to ‘find happiness’. I had found mine after a shitload of personal development however I realised that happiness was actually not on her agenda. As humans we run on fear, guilt, shame and ego and some also love to run on drama! That is what fuels them and as much as they believe they are the victim the reality is you always have a part to play in what eventuates in your life. You also have a choice in how you allow something to affect your life, a choice in how you feel, a choice in how long you want to feel like shit! Me, I have started to put in hard and fast rules around how long I can feel like shit about a particular topic and I try not to do it for more than 48 hours. That’s my boo-hoo to me time! I finally understood the power of words and how much energy we give something specially when it’s negative. 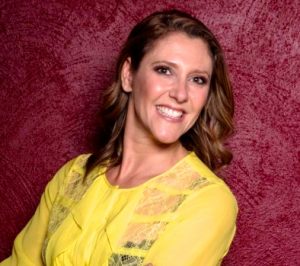 Melina Macdonald
Intimacy & Adult Product Lifestyle Educator, Author, Speaker Dating & Sex, Love & Intimacy Expert
With a focus message of intimacy, communication, trust and respect, Melina created this business with the goal to enhance relationships and lower the divorce rate for years to come. A Her becoming single a Her 11 years of marriage Melina decided she wanted to get her own inner sparkle back. Her journey started into the world of self-discovery and adult products and was mortified at the misinformation and sleaziness of the adult industry. Breaking all the rules in the industry by putting a face to the company Melina is now the leading Intimate Lifestyle Educator in Australia today speaking as a guest speaker at various women’s events.
Melina has created Australia’s first complete boxset of ‘Intimacy’ products providing a full sensory experience. To complete the experience, Taboo Intimacy assists you with scenarios, education and play cards to keep the joy happening.
Melina operates the front end of the business direct to the public and has recently opened a new Wholesale division with her own branding of Intimacy products for Hotel Minibars.
Melina also runs workshops and online program to educate women on the topics of love, sex, relationship & intimacy. Melina is author of the soon to be released book “Win the Dating Game”. She has authored the More Romance = New Profit book targeted at her Taboo Intimacy Wholesalers available for free download on her website.
W: www.sacredpotential.com
W: www.taboointimacy.com
W: www.loveandindulgence.com.au
F:  www.facebook.com/mel.macdonald.3
PF: www.facebook.com/groups/intimacytv/