The word ‘motherhood’ doesn’t combine the two words mother and neighbourhood the way you might think it does, at first glance.

Women talk like we’re all in it. We’re not. Some of us don’t want to be, some aren’t by choice, and some would kill to be but have been denied the opportunity.
Rest assured, however, that whether we’re not in the club by choice or happenstance, it doesn’t mean we lurve sitting around having you regale us with your parenting stories.
Sure, we can do the talk, “oh really? Thirty-six hours labour? That sounds terrible!” but it doesn’t actually mean we want to hear the gory details.
We’ve hung in there that long because we’re polite, and because it would be rude to slap you when you start talking. And, because, we actually recognise that you’ve been to hell and back, even after the easiest of pregnancies. What you’ve done is miraculous, and we would never take that away from you by being dismissive.
A lot of us recognise it because we’ve tried to go there, and failed. We’ve imagined the scenario every month our period was late, any time we peed on a stick hoping, with the terrified churn of our stomachs. Any time a wave of random nausea hit us, we wondered if this could be the time, only to remember we’d taken our Multi Vitamin without a meal. Suddenly we’d berate ourselves for being stupid, because of course it couldn’t be the time, perhaps we hadn’t even had sex lately. And yet, we’d wished and hoped.
We’ve excused ourselves from the dinner table when the topic became too personal, and scoffed away our lives when ‘well meaning’ people asked us personal questions they had no right to ask.
We non mothers see your knowing glances and invisible arm linking and “we’ve all been there” shrugs. Those gestures serve to remind us that it’s a club alright, and it’s a club that you’re in and we’re not.

We also see the oooooh face you do when YOU ask US if we have kids- regardless of how well you know us. You could try easing off on that.

You’ve asked a question thinking for sure you’re talking to kin, and then you cannot hide your disappointment that we’re not. On top of that, you immediately pity us for not having kids. Don’t think you’re hiding it, because you’re not. We See You. The look in your eyes is unmistakable, as sometimes, you rush to change the subject, or retreat to a corner with a fellow mum to whisper and surmise. It could be that you’re remembering your previous failures to conceive, but it doesn’t seem like that in the moment.
Don’t forget; you asked us. You were already on the verge of prattling on about your kids and you wanted to see if we’d be a captive audience.
Well, I for one, am not.
If we’re friends, you’ll know my situation and I’ll know your kids. I might even love them.  I’ve likely been with them for many fun, hilarious and tear jerking moments.
But if we’re not close like that, consider whether this is really the topic you should use to bond with us. A large percentage of women have difficulty getting pregnant, especially the older we get, so consider how sensitive you were during that time of your life. You shouldn’t forget that, just because you’re over the finish line with a trophy in your arms.
The start of school terms is hard, as is the end, and boy oh boy, so is Christmas. Frankly, any time of the year is hard. Mothers (and fathers) are constantly uploading pics of their children to facebook, and, it seems, they’re competing with each other over whose child is more successful. It’s hard to watch, even if they’re not competing. We don’t have that, and some of us can’t have it.
It seems that kids get an award for turning up to school, or NOT bullying, and parents insist on throwing up such a pic on social media at any opportunity. We know your kid has grown from prep to grade 6, we don’t need to see every one of your kids’ comparison pics.  It’s like a double whammy of bragging, one for the kid about growing, the other about you for being able to feed them and keep them alive for that long.

“By the way, how about you try, just once, referring to your offspring as ‘my children’ rather than ‘my beautiful children’.”

They’re not all beautiful, or even particularly well behaved, and frankly, the Stepford-like fashion by which you all use the same phrase is disturbing.
Do you feel this way when we non mothers post on facebook? I can’t imagine what the trigger topic would be, perhaps sleeping in. I’m thinking that everything we do, you can do too, albeit maybe not right now, and maybe not as spontaneously, but it’s not beyond the realms of possibility.
And if that’s not bad enough, it actually gets worse, and this might shock you.  Asking us why we don’t have kids, or when we’re going to have kids might not be the ice breaker you think it is. Consider that.
What about when you ask us, “would you foster, or adopt?” Well, let me see….
If we want to foster, we can, but it’s a process which involves extreme scrutiny of our lives, and assessments which you would never have had to undergo, when you fell pregnant.

Oh, and that’s another thing. It’s so wonderful to hear about all the times our sisters in ovarian likeness ‘accidentally’ fell pregnant. No really, please, tell us again how “it just happened.”

As far as adoption here in Victoria is concerned, Dhhs.vic website states, “The Adoption Act 1984 does require, however, that you have been married or in a stable de facto relationship for at least 2 years before you apply.”
So that’s fun, and it counts us single women out, because finding someone to be in a relationship with is hard enough without “I want to adopt a baby” written across your forehead.
Besides, there are less adoptable children available in Australia now, as societal norms have evolved, and abortions are more available.
Let’s not even go into the other options.
The constant pics are bad but worse, is the seemingly weekly, offer of “Free to a good home- one child…” or some such so-called jokingly worded posts in which you then go on to list all the reasons why they’re up for grabs. Fuck off. Just fuck off.  One can’t always put oneself into someone else’s shoes; but lord knows I’ve tried to imagine being in yours- though I barely need to try because I hear about it allll the time.
Do you ever pause to think about what you’re saying? You’re waving a kid in our faces, dangling them even, only to snatch them away from us when you get enough comments and likes on your facebook post. You’re not exactly promoting your kid by the way you’re bitching about them, but even still, you’re putting them up for grabs without even considering the reaction.
Your kid is not Simba and this is not Pride Rock.

“If any of us non mothers ever said, “I’ll take him,” you’d flip us off before we could even decide if we’d been serious in the first place.”

It’s disrespectful to us, and to your child, and it demonstrates to us that perhaps your flippancy really does extend to our feelings, as we sometimes think it does.
We see that disrespect all the time. We know you’re exhausted, and we agree that it’s the hardest job ever (Mum and Dad Vegans aside, we know, we see), but when you’re shopping with your kids, how about you listen to them? The repeated, “mum, mum, mum, mum, mum, mum, mum, look at this, mum, look at this, mum.” Answer your kid! Is it any wonder they ignore your requests to do things at home?
Now before you get up in arms and go all alarmist about this, I’m not saying to stop posting your pics of your kids, or stop talking about them. However, when the thought crosses your mind that maaaaaaaaybe you should skip this story, or maaaaaaybe you sensed that we stopped listening weeks ago; you should, and we did.
And if you see our eyes glaze over when you’re all comparing pregnancy stories, or planning a baby shower for a colleague, consider deferring that conversation for another time-when we’re not in the building.
In addition to the stories, questions, pity eyes, consider this: even though we’ve may have mentally given up on having children, our body still readies us for it each month. We have our periods still, painful as they are, physically and emotionally, only it’s a huge red stop sign for us. And it’s a bullshit reminder, as though there aren’t plenty of of those around us all the time, not least of which come from our child bearing sisters.
*We can’t tell you these things. You’re sensitive about other parents giving you feedback, and each of us has heard, “you wouldn’t know, you’re not a parent,” or some such variation on the theme. Otherwise we would tell you, rather than putting them all together like this. When you’re on, you’re on and you’re a fierce lioness defending her cubs. We actually wouldn’t have it any other way, because that’s how we’d be with ours if we had any. But, it makes it awfully hard to share our feelings on this sensitive topic with you.
So we don’t come to your baby shower when it’s the 5th we’ve been invited to this year.
And we might not want to hold your baby when you bring her into work for a visit.
Perhaps we look away for a moment when you tell us you’re pregnant again, but we’ll recover and hug and congratulate you. Because that’s what we do for you, and we are happy for you. We’re just sad for ourselves too.
You can’t help your situation any more than we can help ours, but we’re not rubbing ours in anyone’s face. 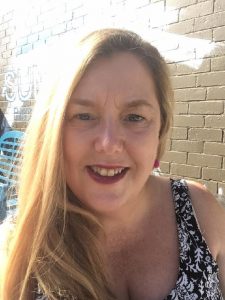 Marie-Louise Pawsey is a woman with a long memory, a vivid imagination and plenty of opinions. She also has lots of mum friends who are very considerate of her life as a non mother and appreciate her for outlook on life.
facebook.com/LifeStylinDatingCoach